Pam has been reporting since 1983 and started her own firm in 1987. She is a fourth-generation native of Arizona and has two daughters. She and her husband currently live in Cave Creek. Pam has been an advocate for not only court reporter awareness, but also to help reach out to new incoming reporters looking to join this field. 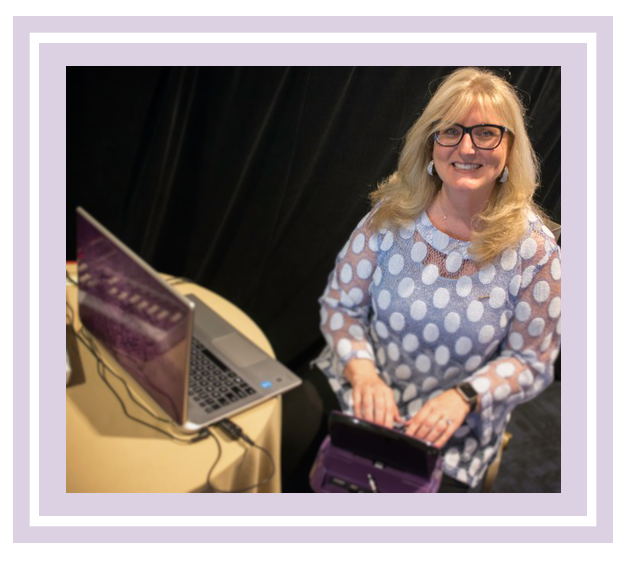 Pam has served many facets through the court reporting field with the Arizona Court Reporters Association. Being a member since 1983, her first involvement in leadership with ACRA was in 1991, serving on the board as Treasurer. She started her work with the Volunteer Lawyers Program immediately after becoming a court reporter and has remained passionate about giving back to the legal community. In 1998, Pam represented Arizona at the National Court Reporters Association’s Legislative Boot Camp in Washington D.C. on Capitol Hill. This brings out leaders from across the country to meet and stay abreast of national issues as well as meeting with their state senators. Her passion for the profession and to protect the record, Pam also served as the liaison to assist in successfully acquiring statewide court reporting certification in 1999. That year, the Arizona Court Reporters Association awarded her their most prestigious award; the Distinguished Service Award. In 2011, Pam served on the Board as a director for two years, working her way up to her Presidency in 2014 – 2015. As throughout much of her career, Pam’s passion has always been steadfast in promoting volunteerism and giving back to those around her as well as the legal community.

She continues to work as a freelance reporter at her firm and loves being able to work alongside her dad who is her business manager, as well as her daughter who is now an Arizona Certified Reporter.

Griffin Group International Reporters and Captioners is excited to announce our new repository, ServiceLink, which will allow you to download your transcripts and exhibits at any time. You can even schedule depositions and pay invoices through ServiceLink.